Edgy Girl Fitness was established in 2013 by health enthusiast, Fatimah Ray. Since the tender age of 6, Fatimah has nurtured her love for fitness, personal training, and self-empowerment. As chance would have it, Fatimah was given the opportunity to merge her passion with a profession when she began working at LA Fitness in 2006. Her strong work ethic, knowledge of the whole body, health, and vivacious personality aided in becoming the Assistant General Manager within the first year of employment, and later the General Manager for Snap Fitness in 2010. 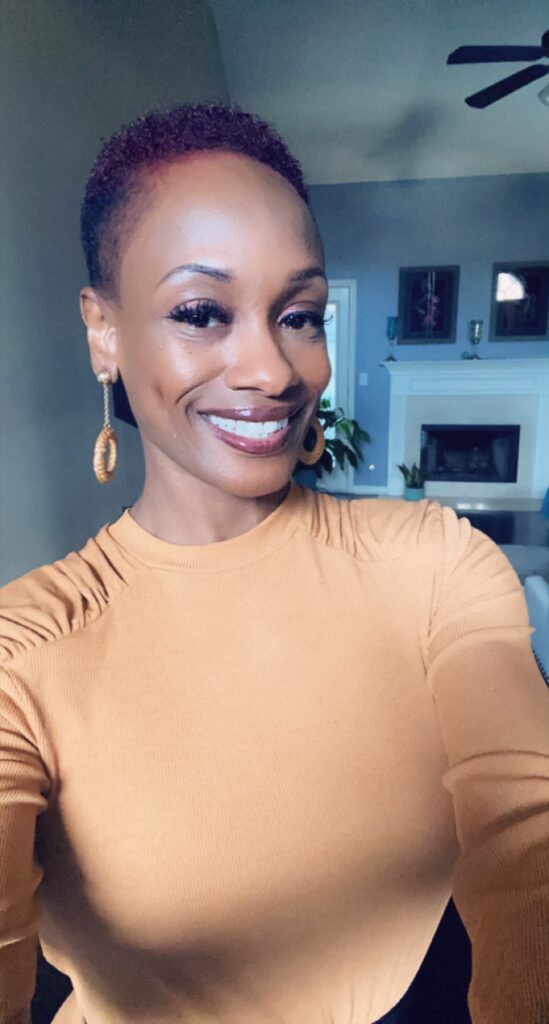 In 2013, Fatimah entered the world of bodybuilding and competed for the first time in the category of Figure and received her SNBF Pro card and won several SNBF pro shows.  In 2014, she joined a bigger league and became a member of the National Physique Committee and competed in 13 bodybuilding competitions, winning several Overalls in Open Figure and placing first place in three different categories.  In 2016, Fatimah won 1st Place in Masters Figure & 1st Place in Figure Open Class D at the Lee Haney Games.

After getting saved 3 years ago God spoke to Fatimah and said he wanted her to focus on him and open Edgy Girl Fitness Studio. She was at a point in her life where she wanted to combine her passion of personal training and empowering women in order to start a business instead of continuing to work in the radiation oncology department at Emory. Fatimah had been training as a bodybuilder in her spare time and had also taken on clients from her church as their personal trainer.  She put competing on hold in 20I7 as she stepped out on Faith leaving her job at Emory Healthcare to pursue her dreams as an Entrepreneur. She said that was the best decision that she had ever made in her life. She’s doing what she loves every day helping other women get Healthy and never giving up on themselves or their dreams!! In March 2017, she registered her business with the Secretary of State, started working on her business plan and began searching for funding. She was turned down because she didn’t meet all the requirements and became frustrated.

She finally googled “business loans for minorities and women” and found a link to ACE’s website. Right away she picked up the phone and called the Women’s Business Center. After attending the workshop “Access to Capital for Small Businesses” she applied for a $50K loan; however, her application was denied because her credit was not where it was supposed to be for funds she requested. But her story doesn’t end there, because at ACE they believe in helping people achieve their dreams! So, the ACE Women’s Business Center arranged for her to have a one-on-one consultation with a financial expert. The first recommendation was to pay off some of the bills, which she did, and her credit quickly began to improve. She no longer had a job as she had quit to pursue her dream, so it was recommended that she get a guarantor and apply for less funds. A very close friend became the guarantor of the loan, and instead of purchasing new equipment for her studio, she had to start her business with used equipment. Fatimah finally closed on her loan for $20,000 in August 2017 and was able to lease space to start training her clients from her own location, 2685 Hwy 42 N., McDonough, Georgia.

Since then she has been extremely busy growing her business, from training one client when she first started, to training 60+ women. Although her time is limited now for events and outside activities, she did attend the ACE Annual Speed Coaching and “How to do Business with the Government” workshop. After her coaching to get the loan and get started, she sees the value in getting mentored to further her business.

Last year, in 2018, Fatimah ran her first Spartan Races, the Arizona Sprint in February and the Charlotte Sprint in April.  When Fatimah shared with her Posing Coach, Cyd Gillion, that she wanted to switch over to Bikini, she smiled and said let’s do it!! She’ll never forget her encouraging words during their first posing session. In July of this year, Fatimah took another leap of Faith and decided to enter the NPC Georgia Competition, winning first place in Overall Bikini Open and Master’s Division.  Two weeks later, she went on to compete in Pittsburg Masters National where she won her first IFBB Pro Card Bikini Division.  Then in October, she did her last competition for the year, IFBB Baltimore Pro Masters.  While in Baltimore, Fatimah made a promise to her Edgy Girls that she would bring back the hardware and she did just that.  She achieved her goal of winning her 1st First Place Baltimore Masters Pro Bikini!

Also, in 2018, a year after opening the doors of Edgy Girl Fitness Studio and working countless hours daily; Fatimah reached out to the ACE Women’s Business Center again to obtain additional funding. She wanted to expand her business by leasing the space next door, offer classes, and purchase better equipment to attract more clients. In November of 2018, the loan was approved, this time with no guarantor.  “To God Be The Glory FOR The Things He Has Done!!”  Construction started shortly after, and today phase two of Edgy Girl Fitness Studio has begun.  Stay tuned, Edgy Girl Fitness has lots of surprises coming to Henry County in the next few months.

Fatimah sees herself expanding the studio again in 2-3 years. She relies on the faith of God, family and friends to continue to be successful in her entrepreneurship journey!  As a successful business owner and certified IFBB Pro personal trainer, Fatimah is determined to inspire people around the world to never give up on their dreams. She says keep on fighting, keep on going and keep on praying.  Never allow anyone or anything to stop you!  Edgy Girl Fitness Studio is more than her passion and job as a trainer. It’s a ministry for “Real Women with Real Lives!!”  We offer personal training, group training, corporate training, online training and much more.  Join the Edgy Girl Movement today and Wakeup and Workout with Fatimah Ray!  For more information, visit the website www.edgygirlfit.com, call the office (470) 878-6210, or even stop by and visit us at 2685 Hwy 42 N McDonough, GA 30253.

Train with a champion 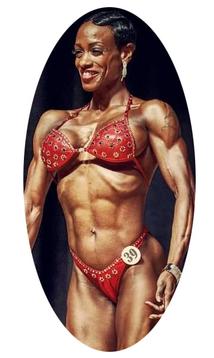 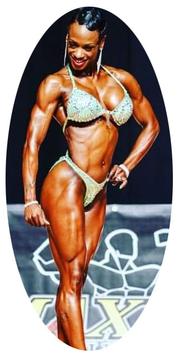 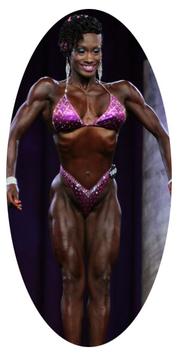 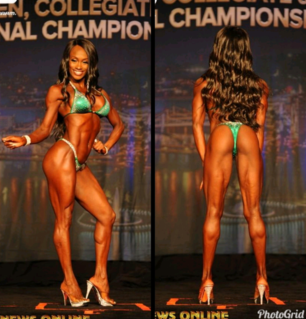 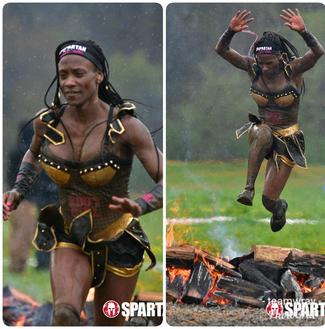 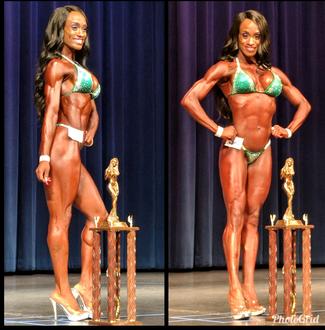 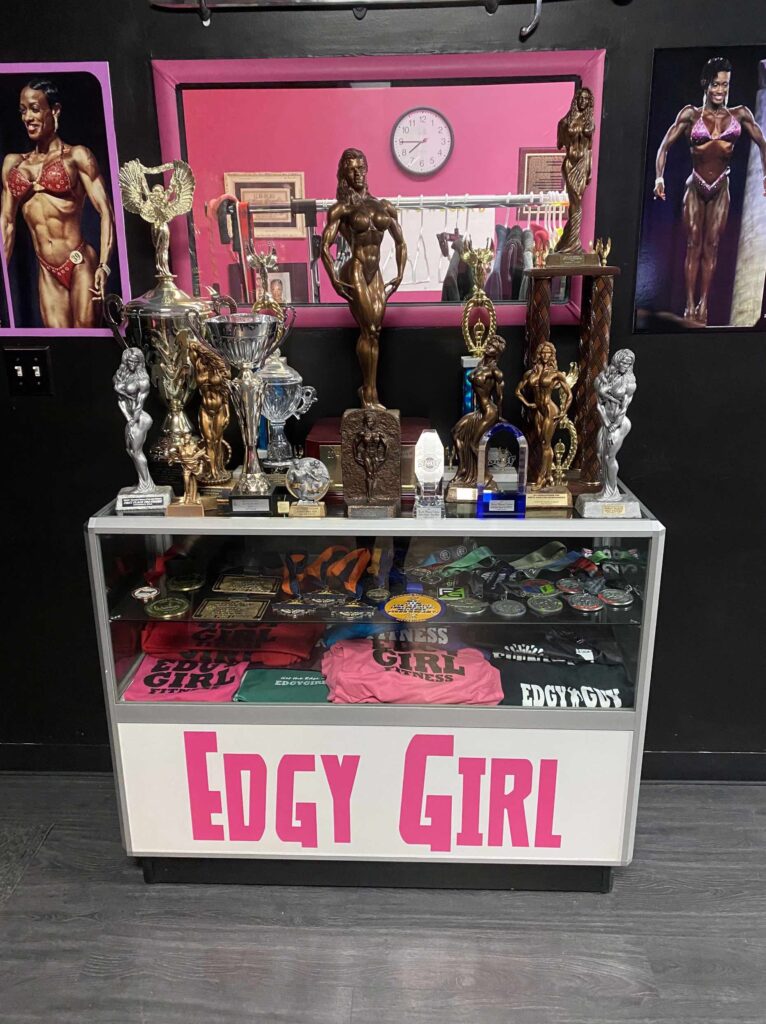 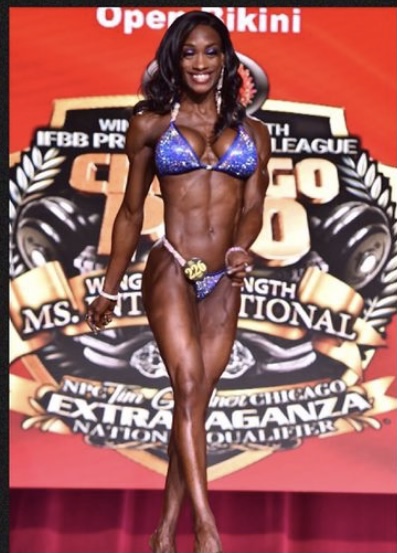 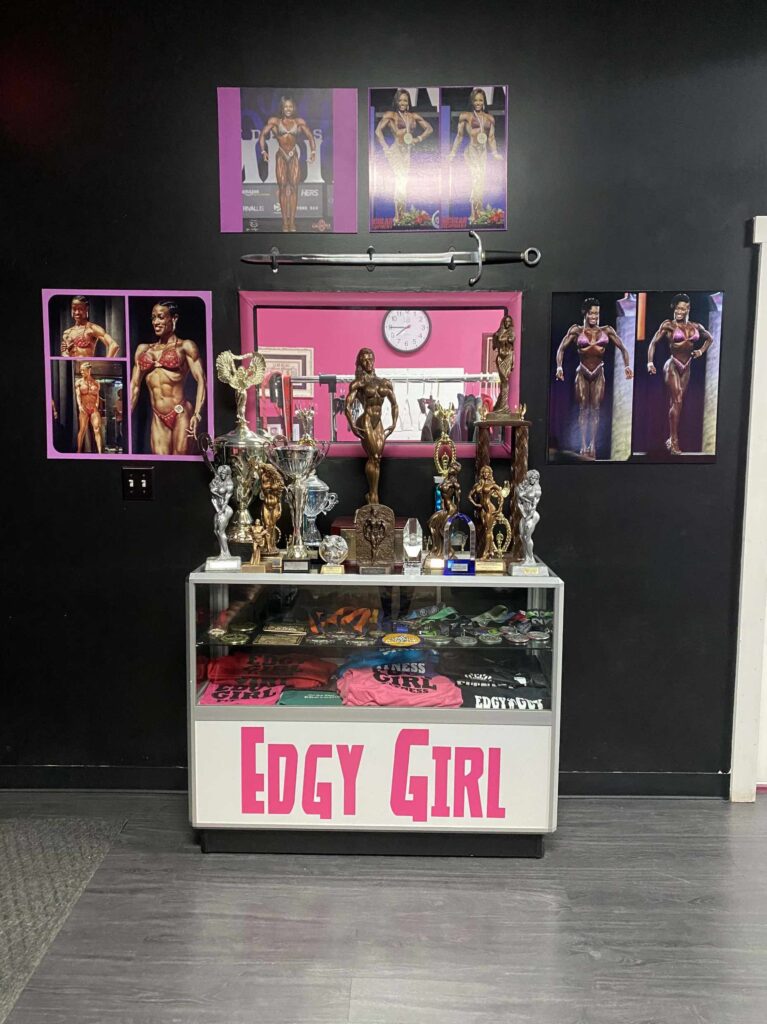 girls with muscles all day.